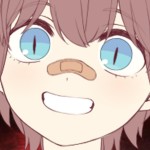 Partied too hard at AX

Partied too hard at AX

Congratulations on those who made it to the contest and thank you for those that submitted!

Hey everyone! The results are in!

I will be emailing the winners in the next 48-72 hours. So please check your emails!


I do want to let y’all know that this will be the last AkaiCon AMV Contest. So I do thank you for submitting for the past 6 years.

I just sent you a PM. Please read and get back to me.
Middle Tennessee Anime Convention - AMV Contest Coordinator & AMV Events
www.mtac.net
Top

Well, you had an opportunity to talk to me at the MTAC table and show that you are a fan of AMVs (since we were playing AMVs at said table), but you decided to avoid me after our polite introduction. I also saw that you decided not to even view AkaiCon's contest, but just walk away from it. Now you seem to want to swoop in and "save" the contest, even though everything you did from my view as an attendee seems to hint that you did not want to build a relationship with the present AMV coordinator. I'm sorry, but you are not going to make friends in the community and influence people in that way.

Since this was our first IRL meeting, I wanted to clear some stuff up.

AMV League is a massive passion project for us, but it's not the only thing we do, convention-wise. This weekend, we ran ten events, which isn't unusual for us. (Most conventions we work with have us perform between eight and fifteen panels). The AMV Contest was during our first major "break" in programming, and we spent most of that time trying to figure out where we were going to grab some food.

We didn't swing by MTAC's table after Friday, mainly because I didn't really think there would be that much to talk about. MTAC has a very well-established contest, so it's doubtful we'd ever get to run an event there, and in addition, it's a convention that (as far as I know), doesn't hire entertainment/panel guests, so we likely wouldn't be able to attend any time soon. I've heard MTAC is a fantastic show, but the chances of me actually getting to go are fairly slim right now.

As for "trying to save the contest", we'd originally expressed interest in running the contest when we were first brought on to work with Akai. We were told that they already had someone running the contest this year, but seeing as how the co-ordinator may not want to run it again next year, well...yeah.
Top

The thing is with Akai, and to be honest, if this does get back to any of the staff, which the programming director now knows my feelings, so be it.

I have done the contest since year 1. I can still say throughout this time there has been 80 people in goal hroughout 6 years that have attended the contest. Yes, I count because every year, all I want to do is cry because I am disappointed that no one shows interest. I put 30+ hours into this, to make it fun. All I get is disappointment.

So, if y’all want to take over by all means, do so. Just know you will also be disappointed. The contest is rarely promoted on the website, or even on the social media. It’s pretty much the back burner. Last year, they never announced the winners. I announced them on here and asked about 6 times to put it on the social media accounts. They never did and made all the excuses on why.

AMVs are not popular at Akai. There are “better” events. I had three panels of viewings this past weekend because they stripped the viewing room in the middle of the con because “there isn’t a lot of interest in it and people can download anime on the internet”. Akai for 5 years, back burned the viewing room too. They put it in areas that wasn’t visible or let alone promoted. Some years it wasn’t even on the schedule.

And as for the lack of crowd interest, well... that's one of seeeeveral reasons why the AMV League system doesn't rely on fan voting.

We've got some big plans for Akai next year. If everything falls into place, AMV League is gonna be doing something new there that we haven't ever done before.

Pathos Prime wrote:Hoo boy if I had a nickel for every event that forgot to promote us ^^ One event this past season even forgot to put AMV League on the schedule and had to stick us at 9 AM on Sunday before anything else started XD

And as for the lack of crowd interest, well... that's one of seeeeveral reasons why the AMV League system doesn't rely on fan voting.

We've got some big plans for Akai next year. If everything falls into place, AMV League is gonna be doing something new there that we haven't ever done before.

I do wish you the very best with that and I do hope it will be successful, but I have brought this to the programming directors attention.