This section is for the rational discussion of anime on a series basis. Spoilers should be expected, but please be courteous to your fellow users.
Post Reply
2 posts • Page 1 of 1 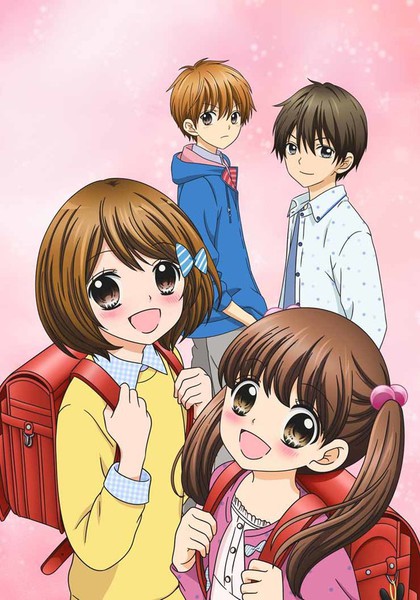 ANN wrote:Hanabi is a sixth-grade girl who is neither an adult nor a child. She deals with issues such as accidentally witnessing her homeroom teacher kissing, and worrying about experiencing physiological changes before her friends


Kionon wrote:I started watching 12歳. I'm already loving it. It apes the look of early elementary school aimed shoujo anime/manga (think PreCure's billionth spinoff) or other such stuff... but then it zeros in on serious topics, including the first feelings of romantic and sexual attraction, the awareness that teachers have lives outside of school, the experiences around the beginnings of menstruation, and how shitty boys can be about it.

At first I was prepared to judge it by its animation design and seeming quality, and was prepared to be disappointed, but I actually feel like the design is intentional. It's clearly aimed at young girls, but it's delivering important messages about growing up female in general, and specifically in Japanese society. The design means it is visually recognisable to the intended demographic, even if it handles very serious issues. That's pretty damn smart. Unfortunately, I do feel like it might miss an audience that would benefit greatly from accessing it: young boys. The tone, especially around how the main character addresses the boys in her class about their atrocious behavior (which is casually sexist if not overtly misogynistic), would be good for dealing with the frameworks in Japanese society, and in society globally, that continue to make a lot of these issues ones that are more often than not hidden and not discussed.

I'm watching this series now, it's included in my Amazon Japan Prime membership, and I'm planning to work with it once I can get ahold of appropriate source. I've got a lot of things to say about it as someone who has worked for almost a decade in Japanese schools. I find the female characters to be really appropriately characterised. However, I find that the boys fall into two different categories: love interests waaaaay too mature or too cool for school which is more akin to what I would expect from maybe senior high school boys, or completely childish side characters with overtly simplified and intentionally deemphasised features. Caricatures, basically.

Clearly this show is directed at maybe 4th or 5th grade girls, potentially even current sixth grade girls. It is clearly NOT even attempting to deal with male characters realistically, which I find super jarring because it conflicts with the approach to the female characters. While I absolutely celebrate the focus being on Hanabi, Yui, and their female friends, given that they both have boyfriends, I wish the boyfriends were given more age appropriate attitudes and behavior. It's setting up false expectations for age appropriate romances, because, no, sorry the vast majority of sixth grade boys are not like Takao and Hiyama.

The art style draws heavily from shoujo tropes and the manga genre it comes from, specifically. Yet the animation is high quality, and the romance scenes, especially btween Takao and Hanabi are great for editing.