Well I see my name on that list, guess its real now

That's a nice motivation / confidence booster.
I hope life is not a joke, if it is, I dont get it.
Top

Congrats to the Finalists, and good luck.
Those who didn't make it in, feel free to submit next year.
Top 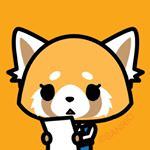 Whoo, nice to see three of my babies made it! Good luck to all the other finalists too!
Top

This is the first time I've ever won Best in Show! Thank you!

I got runner up! Wish it won, but I'm glad it was close!
Top

Omg I've seen your video and I absolutely lost my mind I was laughing so hard. Do you have it on YouTube?
ANIME CALIFORNIA
Top

This was one video I was looking forward in checking out in the Saturday Morning Contest once I realized what the audio source is from. While there's definitely some spots where the editing could be tighter, the song definitely felt like something that would work perfectly in DBZ Abridged.

A few notes from the contest, as I attended the Friday showing of the Main Contest, the Saturday Morning Contest, and the AMV Blender portion of the Saturday showing (No NSFW showing for me this year, due to a number of factors concerning how I attend cons, especially in a COVID-19 world):
Finally, I've been working on a Youtube playlist of the contest videos. There's a number of videos missing (I know my Sleepy Princess submission for AMV Blender is missing thanks to the idiots of Molebeat). However, I want to update the list once others' videos posted (I'm with Rider4Z when it comes to the DBZ/Pebble and the Penguin video needing to be posted).